Been one of the oldest countries Bulgaria has plenty to offer and please any type of traveler. Pristine coastline with beautiful sandy beaches, great nightlife and entertainment, rich history and the astonishing view from the mountains, UNESCO heritage sites, flavorful cuisine.

The Best Places to Visit in Bulgaria

Some of the oldest trees in Bulgaria and in Europe are over 1000 years old. In what is today Bulgaria were discovered the earliest evidence of hominid occupation date from at least 1.4 million years ago.

The ideal of earthly happiness is in work, in health, and in nature.

Also Read: 10 Made in Bulgaria Products

Does this sound interesting to you?

Let’s take a look at some of the top places to visit in Bulgaria on your next trip.

The mountain range is spanning across central Bulgaria an area of 716.69 km², from the west to the east and an average width of 10 km.

The Central Balkan National Park and four of the nature reserves are included in the World Network of Biosphere Reserves under UNESCO and it is one of the largest and most valuable of the protected areas in Europe.

The highest summit in the mountain range is Botev Peak, near the town of Karlovo with a height of 2376 m.

Belogradchik rocks are a great example of Mother Nature’s architecture, located on the western slopes of the Balkan Mountains, where a group of strangely shaped sandstone and conglomerate rock formations.

Over hundreds of millions of years, ago these rock figures and small valleys with steep vertical slopes have formed as a result of the natural processes of erosion, growth of mosses and lichens, denudation, and other natural factors.

Nature’s history welcomes travelers to this stunning natural place and along with the Belogradchik Fortress, which incorporates the rocks as part of its natural defense, and the nearby Magura Cave are a major tourist destination in northwest Bulgaria. In the nearby town of Vidin on the Danube river is another tourist attraction in the area the Baba Vida medieval fortress.

Pirin National Park was established in 1962 and later was declared a UNESCO World Heritage Site and includes a larger part of the Pirin Mountains in southwestern Bulgaria. Along with the Rila National Park and Central Balkan National Park, it is one of the three national parks in the country.

The Pirin mountain is famous for its 118 glacial lakes with the largest and the deepest of them being Popovo Lake. Vihren is the highest peak at the Pirin National Park.

Located in the park can be found one of Bulgaria’s oldest trees – Baikushev’s pine, with an approximate age of about 1,300 years it is a contemporary of the foundation of the Bulgarian state in 681 AD. The tree along with Bulgaria’s oldest tree the Granit oak, which is estimated to be 1650 years and located near Granit village, are one of the oldest trees in Europe.

Pirin National Park is also home to diverse fauna and includes 159 species of birds, 45 species of mammals, 11 species of reptiles, 8 species of amphibia and 6 species of fish.

The ancient Thracian city of Perperikon is the largest megalith ensemble site in the Balkans, located 15 km northeast of the town of Kardzhali in the Eastern Rhodopes.

This archaeological complex which is over 8000 years old covers an area of ​​about 12 square km and consists of four main parts. Perperikon has historical, archaeological, natural and multi-religious importance for the world. Perperakion or Perperikon is believed to be shortened by scribes from the original name Hyperperakion.

The excavation works at Perperikon were started in 2000 by the Bulgarian archaeologist Nikolay Ovcharovand and revealed the remains of an ancient architectural complex. Later in 2005 was found by Bulgarian archeologists a church pulpit at the peak of the Thracian rock sanctuary which is thought to be the first found in Bulgaria, built at the end of the 4th century CE.

Veliko Tarnovo is a romantic town, located in central Bulgaria, and one of the oldest and best places to visit in Europe. The city is a popular tourist destination and stands out with its remarkable beauty that attracts with its steep cliffs lined with beautiful, traditional Bulgarian houses.

Veliko Tarnovo is often referred to as the “City of the Tsars”, and is famously known as the historical capital of the Second Bulgarian Empire, it is located on the Yantra River.

The River Yantra meanders through Veliko Tarnovo creating a picturesque setting for this over 7,000-year-old historic northern Bulgarian city.

Veliko Tarnovo is one of the few cities in the country with a growing population and center of one of the largest urban areas in Bulgaria. The city was declared the spiritual and historical capital of Bulgaria in 2019.

Sofia is the capital and largest city of Bulgaria, situated at the foot of Vitosha Mountain. The city is in the western parts of the country, west of the Iskar river. Sofia has been an area of human habitation since at least 7000 BC.

With many mineral springs, many attractions including the Boyana Church, which is part of the UNESCO World Heritage List, Sveta Nedelya Church, Banya Bashi Mosque and Sofia Synagogue the Ivan Vazov National Theatre, the National Archaeological Museum, the Serdica Amphitheatre make Sofia a popular tourist destination.

It is the third-highest European capital surrounded by three mountains. The architecture of Sofia’s center is thus a combination of Neo-Rococo, Neo-Baroque, Neo-Renaissance and Neoclassicism, with the Vienna Secession.

Koprivshtitsa is a historic town that preserves the atmosphere of the Bulgarian National Revival period of the 19th century. The first museum in the town was established in 1930.

Koprivshtitsa is situated in the Sredna Gora mountain and is located at 1,030m above sea level.

Nesebar is known for its beautiful ruins and superb beaches. The ancient part of the town is situated on an island connected to the mainland by a narrow man-made causeway, and it bears evidence of occupation by a variety of different civilizations over the course of its existence.

Nesebar is considered as the town with the highest number of churches per capita with many dating back a few centuries. UNESCO included Nessebar in its list of World Heritage sites due to its abundance of historic buildings.

In 1956 is was declared a museum-town – an archaeological and architectural reserve. Visitors can enjoy the beaches along the Black Sea Coast. It is often called, “The Pearl of the Black Sea”. As such, it is a popular seaside resort destination. Its most impressive beach is Sunny Beach.

This sanctuary of culture, education, and history over the centuries is located in one of the highest mountains in the Balkans, Rila mountains.

Today Rila Monastery is the biggest monastery in Bulgaria with about 250 monk rooms and everyday, in the morning and in the afternoon, are held services.

It is situated in the southwestern Rila Mountains, 117 km south of the capital of Bulgaria, Sofia.

Varna is the third-largest city in Bulgaria, situated on the Black sea coast and has been a major cultural, economic, and social center for almost three millennia and even longer history.

The world’s oldest gold dated to 4600–4200 BC, which was found in the area, exhibits at the Varna Archaeological Museum. Some other city landmarks include the Battle of Varna Park Museum, the Roman Baths, the Naval Museum in the Italianate, the metropolitan Dormition of the Theotokos Cathedral and more.

Which of These Places to Visit in Bulgaria You Added to Your Listt?

Let me know your experience if you have visited any of these places in Bulgaria or if you know any other places that must be in the top 10 we should mention. Tag @stunning_bulgaria on Instagram and hashtag it #stunning_bulgaria. 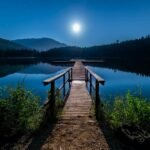