The Bulgarian Riviera covers the entire eastern bound of Bulgaria stretching along 378 km of coastline from the Romanian Black Sea resorts in the north to Turkey in the south.

Bulgaria’s northern Black Sea Coast features some rocky headlands where the sea abuts cliffs up to 70 meters in height, while the southern coast is famous for its wild sandy beaches. The southernmost section is included in Strandzha Nature Park, which is the largest protected area in Bulgaria.

Top Beaches in The Bulgarian Riviera

One of the best budget destinations in Europe, Bulgaria offers a wide diversity of landscapes including, rivers, mountains, and fantastic sandy beaches and coves at the stretch of the Black Sea coastline.

Be strict, but firstly and mostly toward yourself!

Let’s take a look below at some of the best beaches on the Bulgarian Riviera and why you should visit them.

Sunny Beach or Slanchev Bryag is one of the major seaside resorts on the Black Sea coast of Bulgaria, located in Burgas Province, just about 35 km north of Burgas.

According to a survey by Post Office Travel Money, Sunny Beach was ranked number one of the 46 destinations overall by offering the lowest prices. Sunny Beach is a popular holiday destination among young people from many European countries attracted by the nightlife in the resort.

There is about 2.5km long beach strip with shops and bars and, and restaurants that are concentrating the main areas of interest and can be covered by foot.

This resort area includes a large variety of recreational services and activities, sports and music venues as well as gambling establishments. Sunny Beach is the first Bulgarian resort to be awarded the Blue Flag eco award.

The bay is part of the Natura 2000 Kaliakra Complex protected area or Kaliakra Nature Reserve, and it is just 14 km from Kavarna resort, while Bulgarevo village is about 5 km distance.

In the nearby caves are found remnants of an ancient settlement and evidence of life dating as far back as the 4th century B.C. Locals and tourists are attracted by Bolata Beach with its untouched and natural looks, fine sand and warm clean water but it remains a fairly quiet beach.

Have You Been to the Bulgarian Riviera?

Let me know your experience if you have visited the Bulgarian Riviera or if you know some other places we should include. Tag @stunning_bulgaria on Instagram and hashtag it #stunning_bulgaria. 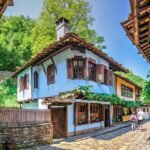 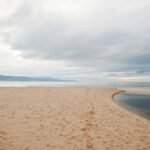