There are some stunning waterfalls in Bulgaria that you cannot miss because they will amaze you with their beauty. Bulgaria is known in Europe not only for its water resources but also for spectacular natural waterfalls.

Bulgaria is a great destination not only for history lovers but also for nature lovers and backpackers.

There are around 400 natural lakes, about 540 rivers, and over 30 worth mentioning waterfalls in Bulgaria.

Let’s take a look at some of the most stunning waterfalls in Bulgaria.

A waterfall cannot be silent, just as the wisdom. When they speak, the voice of power speaks.

Also Read: The Top 10 Spots for Hiking in Bulgaria

Boyana Waterfall also called Boyanski Vodopad is just outside Sofia, the capital of Bulgaria and it is the largest waterfall in the Vitosha mountain, with a height of 25 meters.

Boyana River forms the Boyana Waterfall and it is surrounded by uncontaminated and well-preserved nature. The waterfall can be seen from the capital of Bulgaria, Sofia if the day is clear and sunny, during the snow melting in the higher parts of the Vitosha mountain, and the water is at its highest.

The waterfall is easily accessible by car or by foot walking on one of the two hiking trails that can be used to go to Boyana waterfall. It takes about one hour of walking if you take the quickest route to the Boyana waterfall through the Kopitoto hotel.

During the winter, the Boyana Waterfall freezes.

Krushuna Falls are a series of waterfalls near the village of Krushuna, just 34 km from the city of Lovech, in Northern Bulgaria. They attract many tourists with its lush vegetation, picturesque landscape, small natural pools with mineral water, and numerous round-shaped terraces.

The main waterfall is about 20 m high and it splits and creates few smaller waterfalls. An eco-trail was built for better access to the tourist to the area. Some other attractions in the area include the caves “Devetashka” cave, Urushka Maara, Gornik, and remains of the 13-14th century Hesychast Krushuna Monastery dating from the Second Bulgarian Empire.

Raysko Praskalo with its 124.5 meters, it’s the highest permanently flowing waterfall in the Balkans, situated in the Central Balkan National Park. It is named after the river Praskalska.

To reach the waterfall you have to pass through a hard-to-reach area about 11 kilometers long until you reach the Djendema reserve, located just next to Ray Hut above the town of Kalofer.

Raysko Praskalo or also called Paradise Sprinkler attract many tourists and it is most visited during the summer months. The destination is suitable for activities such as rock climbing, hiking, paragliding, and ecotourism, or just for nature lovers.

Skaklya waterfall is 85 meters high and is one of the highest and most beautiful waterfalls in Bulgaria. It is the fourth biggest waterfall in Bulgaria. Its fall is on several levels and the lower end is near the Bov train station.

The” Skaklia” waterfall is located in the Iskar Gorge near the “Bov” station. ThisThe “Skaklia” Falls drop 80 meters. An eco-trail called Ivan Vazov starting from the village of Zasele connects with the villages of Gara Bov and the upper and lower end of the waterfall.

After the snow melts in the spring is the best time to visit it when it is full of water.

The Skakavitsa Waterfall falling down from 70 m. is the highest waterfall in the Rila Mountains in Bulgaria. The waterfall is located approximately 2,000 m above sea level on the Skakavitsa River and it is part of Rila National Park.

It can be combined for a great day trip with the Seven Rila Lakes which are a few hours away.

The Waterfalls Canyon is located near the road to Smolyan on the road to the Mugla Village. This beautiful eco-trail is in the Rhodope Mountains where you can see more than 46 waterfalls of different sizes.

The eco-trail is situated in the Soskovcheto reserve and the beginning of the trail starts from an old Roman bridge. There are separate places for rest in several places, and there are also several panoramic playgrounds.

Soskovcheto Reserve preserves centuries-old spruces, with some even reaching 250-300 years and it is home to otters, squirrels, badgers, dormice, red deer, does and wild goats in the reserve.

The waterfall drops from about 15 meters, and it is easily accessible by car.

Do you know some other facts about waterfalls in Bulgaria?

Let me know your experience if you have visited some of the waterfalls in Bulgaria or if you know some interesting facts or other waterfalls we should mention. Tag @stunning_bulgaria on Instagram and hashtag it #stunning_bulgaria.

Photo by Pixabay from Pexels 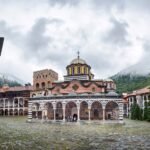 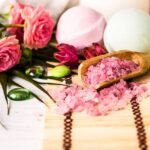