These small towns to visit in Bulgaria will give you a truly experience othe essence of Bulgarian history and culture.

Visiting these tiny towns located in the beautiful mountains is a must and they will take you back centuries to discover the unfolds magic of Bulgaria.

In these towns the houses represents architectural reserve of national importance from the Bulgarian National Revival period 18th and 19th century.

Let’s take a look at the top small towns to visit in BUlgaria on your next trip.

Bozhentsi is a village and architectural reserve located in the middle part of the Balkan Mountains, in central northern Bulgaria. The village is just north of the Shipka Pass and 15 km east of Gabrovo. It is famous and well-known tourist destination with its well-preserved history and Bulgarian National Revival architecture.

This small charming town of Bozhentsi will take you you on the traveling back in history. The village of Bozhentsi is part of UNESCO’s cultural monuments. The characteristic features of the architecture of Bozhentsi include stone-plate roofs, the corner fireplaces, the verandas, and the ceiling woodcarvings. All the streets in the village are cobblestone.

This small town has a long history which dates back almost 3000 years ago, and still can be found many ruins which were once fortress by the rich members of the Thracian tribe Besi. It is believed that Gela was once the cradles of civilization in Europe.

The mythical ancient Thracian singer Orpheus is associated with the cave Diavolsko gurlo and with the lands around Gela village.

Zheravna is situated at the southern foot of the eastern Balkan Mountains, just 12 kilometers away from Kotel. Zheravna is consisting of more than 200 wooden houses wooden houses surrounded by stone walls and cobblestone alleys from the Bulgarian National Revival period 18th and 19th century, and it is an architectural reserve of national importance.

The first settlement in area were between the 12th and 14th century and continue to grew and in the 18th century became a handicraft and cultural center. In the resistance against Ottoman rule, the village took an active part and participated in the April Uprising. The loca history is preserved in the local museums: the Home of Yordan Yovkov, the House of Sava Filaretov; the St. Nicholas Church, the Old school, which is now turned into an art gallery; the House of Rusi Chorbadzhi.

Arbanasi is a village with a unique cultural-historical heritage, set on a high plateau between the larger towns of Veliko Tarnovo and Gorna Oryahovitsa in Veliko Tarnovo Province of central northern Bulgaria. The village is known for its large number of historical monuments and its rich history.

The ancient atmosphere of Arbanassi with examples of Bulgarian National Revival architecture, such as 17th- and 18th-century churches makes Arbanasi a popular tourist destination.

Between the 17-18th century, Arbanasi grew into a wealthy crafts and trade hub. Arbanassi has been declared an architectural site and has been included in the UNESCO list for world cultural heritage. Arbanasi is another place from our list with authentic Bulgarian crafting places you should visit.

Shiroka Laka lies in the central Rhodope Mountains, 23 km northwest of Smolyan. It is a popular with its proclaimed architectural and folklore reserve. The characteristic architectural style of the Rhodopes is implemented in the old houses designed by noted local building masters.

The village also hosts one of the best known kukeri celebrations in the country, on the first Sunday of March. For this unique celebration people wear costumes decorated with beans, bulbs of garlic, peppers and they wear a belt with characteristic Rhodope bells attached to it.

Leshten is a mountainous village hidden in the Rhodope Mountains, 75 kilometers southeast of Blagoevgrad. You’ll find beautiful ancient houses built in the architectural style typical for this region of the country, from the second half of the 19th and the beginning of the 20th century.

The town of Leshten is a great summer getaway for tourists and locals who can enjoy the fresh forest air and the uniquely beautiful nature. The village of Leshten is offering alternative tourism making it attractive destination.

Koprivshtitsa is situated in the Sredna Gora mountain, lying on the Topolnitsa River. Koprivshtitsa preserves what life used to be like almost two centuries ago with well-preserved 200-year-old houses, many of which have been turned into museums.

The town present the atmosphere of the Bulgarian National Revival period of the 19th century and it was one of the centres of the April uprising in 1876.

Koprivshtitsa is a popular tourist destination for its authentic Bulgarian architecture and for its folk music festivals.

Kotel is a town in central Bulgaria, part of Sliven Province known for the numerous personalities of the Bulgarian National Revival. Famous people such as politicians Alexander Bogoridi and Stefan Bogoridi, public figure Gavril Krastevich, enlighteners Sophronius of Vratsa and Petar Beron, revolutionary Georgi Rakovski are somehow connected to the town.

Kotel is also a popular healthy resort for the cure of diseases such as TB, because of its situation in the mountains. Kotel has a museum devoted to the carpet craft as it has been a center for carpet making.

Kotel was settled during the beginning of the Ottoman occupation of Bulgaria, when people fled from neighboring cities and towns.

Tryavna is a small town in central Bulgaria, and another town from our list with top small towns to visit in Bulgaria. It is situated in the northern slopes of the Balkan range, near Gabrovo. The town is famous with its typical National Revival architecture, featuring 140 cultural monuments, and expositions, and for its textile industry.

Tryavna is another town with a long history with its existence date back to the Thracian Era. Museum of Icon-Painting and Wood-Curving collection of Tryavna icons from the 17th to the turn of the 19th century. The museum also exhibit a colection of over 160 original icons representing the creative output of the six renowned families of icon-painters.

Other important landmarks you should visit in Tryavna include Angel Kanchev Museum-House, the Clock Tower and Old Bridge St. Archangel Michael Church.

Melnik is the smallest city in Bulgaria and probably in the whole world, with only 280 inhabitants, located in Southwestern Bulgaria, in the Southwestern Pirin Mountains. The town is home to some of the best wineries in the country.

It will take you minutes to walk up the town’s one main street, but you’ll sit for hours at a local tavern, your head spinning under the intoxicating spell of the rich red wines.

Have You Visit Any of These Small Towns in Bulgaria?

Let me know your experience if you have visited any of these small towns or you think we should mention . Tag @stunning_bulgaria on Instagram and hashtag it #stunning_bulgaria. 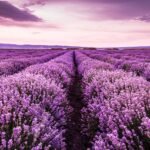 15 Photos of Bulgaria to make You Want to Visit 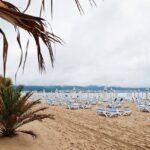