There are over 300 rivers of which 10 could be considered as the longest Rivers in Bulgaria such as the river spanning most of the country’s northern border, the longest one to run through the country, or the longest river that runs solely in Bulgaria.

Bulgaria is rich in water resources, country and has a large number of rivers that are divided into several regions based on its source location.

What Are the Longest Rivers in Bulgaria?

Similar to other countries Bulgaria also faces issues with river pollutions, drought conditions, scarce freshwater sources throughout the country. The water resources are irregular the country built many dams on the big rivers to help manages the water flow and the reserve of fresh water.

Bulgaria has imposed heavy monitoring and various bans to improve the quality of freshwater resources.

A man is a long sentence, written with much love and inspiration, but full of spelling errors.

Iskar river is the longest river that flows within the Bulgarian borders, while the Maritsa and the Danube rivers are both longer, they also flow through other countries.

Even its springs are not in Bulgaria, the Danube river covers its entire northern border. The river runs through Central and Eastern Europe with a total length of 2,850 km across ten European countries, and it is the second-longest river in Europe, after the Volga. It is draining into the Black Sea the Black Sea on the Romanian coast.

Bulgarian rivers that flow to the Danube include Iskar, Erma, Yantra, Ogosta, Osam, and Vit.

The Maritsa River flows approximately 309 km of its course within Bulgaria and its lower course forms much of the border between Greece and Turkey and then flows into the Aegean Sea. With a total length of 480 km it is the longest river that runs solely on the Balkan peninsula, and it is one of the largest in Europe by discharge.

The Maritsa River has its origin from springs from Marichinite ezera in the Rila Mountains and its drainage basin covers an area of about 53,000 km2, and 66.2% of this total falls within Bulgaria.

The earliest known name of the river is Euros and according to WikiPedia the name of the continent is possibly derived from this river.

The Struma River flows from the Vitosha Mountains in Bulgaria to the Aegean Sea in Greece for a total length of 415 km, 290 km of which runs throughout Bulgarian territory. The river’s name comes from Thracian Strymón. A small percentage of its drainage area is in North Macedonia.

There are 56 artificial lakes sources from the river with a total volume of 141 mil m³. The quality of the Struma water improved with decreasing industrial production but in some areas.

The Tundzha River starts its journey from the Balkan mountain range in Bulgaria with 328 km on Bulgarian territory of the total 365 km length until it flows into Maritsa in Edirne, Turkey. North of Kalofer, the central parts of Stara Planina is where its source is from.

The river passes through including Elhovo, Kalofer, and Yambol.

Iskar River is providing water for the needs of the capital and a number of manufacturing plants making it of economic importance. The Iskar basin spans six Bulgarian provinces including Sofia, Sofia City, Lovech, Vratsa, and Pleven, with a total territory of 8,646 km2 and a population of about 1,600,000 people.

The Osam River is located in northern Bulgaria and has two main sources Black Osam from the foot of Levski Peak in the Balkan Mountains and White Osam on the northern slopes of the Kozya Stena peak.

Both the Black and White Osam join together to form the Osam River in Troyan, located in Lovech province.

The Yantra is 285 km long and it is the third-longest Bulgarian river flowing into the Danube, after Iskar and Osam, and has a water basin with a total area of 7,862 km2. The Yantra River is a river in northern Bulgaria with its source in Central Stara Planina, from the northern foot of Hadzhi Dimitar Peak, a right tributary of the Danube.

As the river flows northward through the foothills of Stara Planina had formed a number of gorges, some major cities are built on the river are Veliko Tarnovo, Gabrovo, Gorna Oryahovitsa, Polski Trambesh, and Byala.

Kamchiya river is located in eastern Bulgaria, and with a length of 191-kilometer is the longest river on the Balkan Peninsula to flow directly into the Black Sea.

One of the most beautiful sights of the Bulgarian Black Sea region is the mouth of the Kamchia River with up to 450 meter-wide beaches with up to 19 meter-high banks, and forested or grass-covered sand dunes.

Arda is a 290-kilometer-long with spring sources in the Bulgarian Rhodope Mountains near the village Arda. is 229 kilometers flows on Bulgarian territory and the rest is in Greece until merges its waters with the Maritsa river.

In the Bulgarian section there The Bulgarian section is 229 kilometers (142 mi) long,[1] making the Arda River is the longest river in the Rhodopes and there are three irrigation and hydroelectric dams build such as Studen Kladenets, Kardzhali Dam, and Ivaylovgrad Dam.

Close to Kardzhali Dam are located the meanders of Arda River, which offer stunning views that can not be missed.

Louda Kamchiya is a river in eastern Bulgaria that flows into the Kamchiya river. The total length of the river is 180 km with a drainage basin of 1610 km².

Following the course of the river is a major railway line that provides an important route connection between Northern and Southern Bulgaria.

Close to Sliven, from the Balkan Mountains is the spring of Luda Kamchiya that flows into northern Bulgaria, after crossing through the Luda Kamchiya Gorge and then near Dalgopol forms the Kamchiya river.

Do you know some other facts about Rila Monastery?

Let me know your experience if you have visited any of the longest rivers in Bulgaria or if you know some interesting facts about rivers. Tag @stunning_bulgaria on Instagram and hashtag it #stunning_bulgaria.

Photo by James Wheeler from Pexels 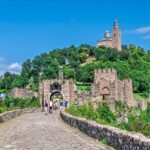 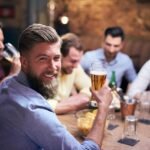 15 Essential Bulgarian Souvenirs You Should Buy